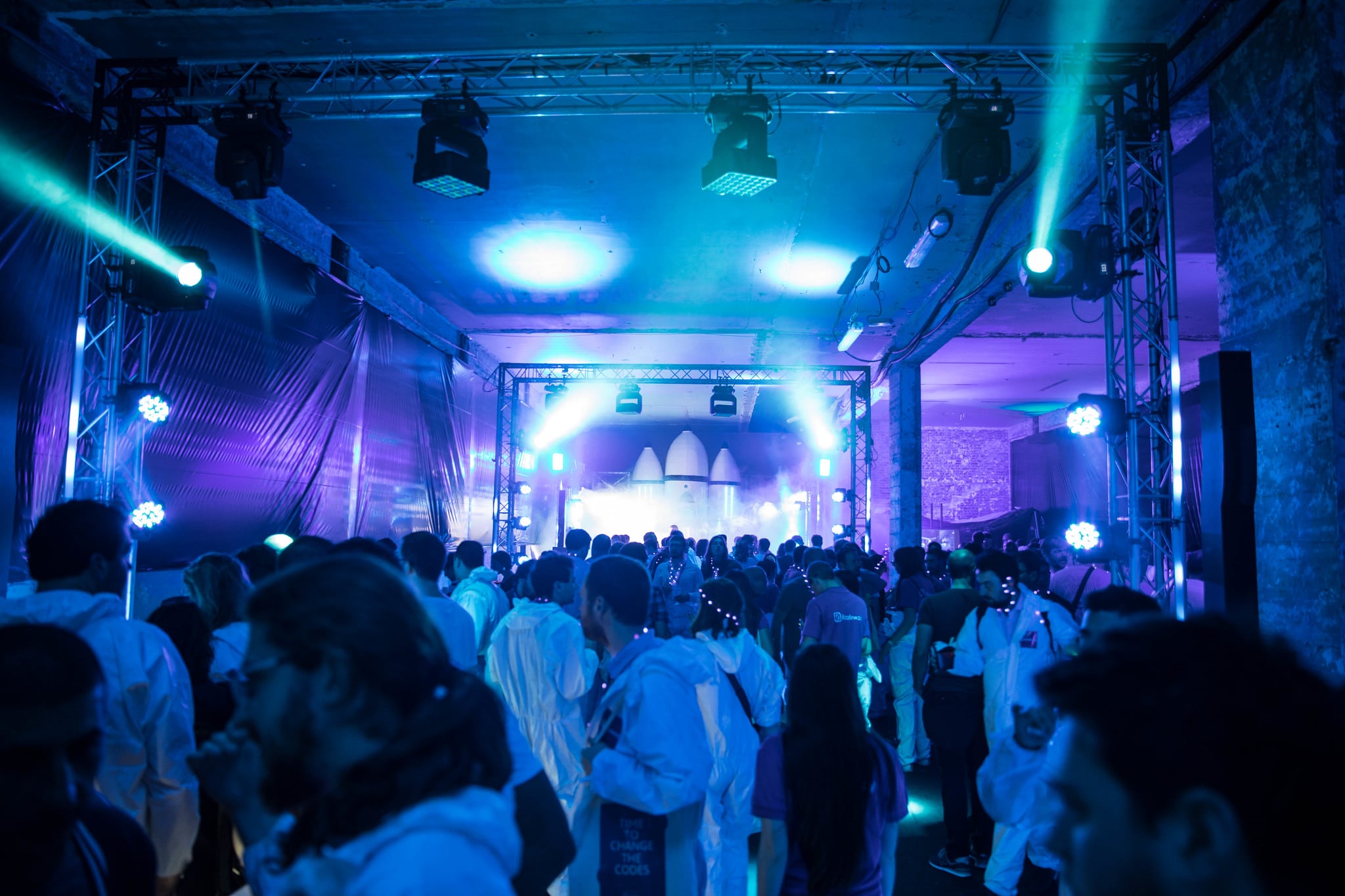 To celebrate its 20th anniversary, Scaleway (from group Iliad) asked WATO to organize an immersive IT trade show with keynote addresses and a magnificent closing party for 800 guests.

In just two months, WATOxScaleway took up the challenge, the biggest stake being turning an empty 4,000m2 shed into the mecca of tech for a day.

Click here to check out our previous project on ‘The Liberation of Paris WWII’ in the bunker of the same venue.

Mount Vernon : Conference and fancy lunch at a Gentlemen’s Club